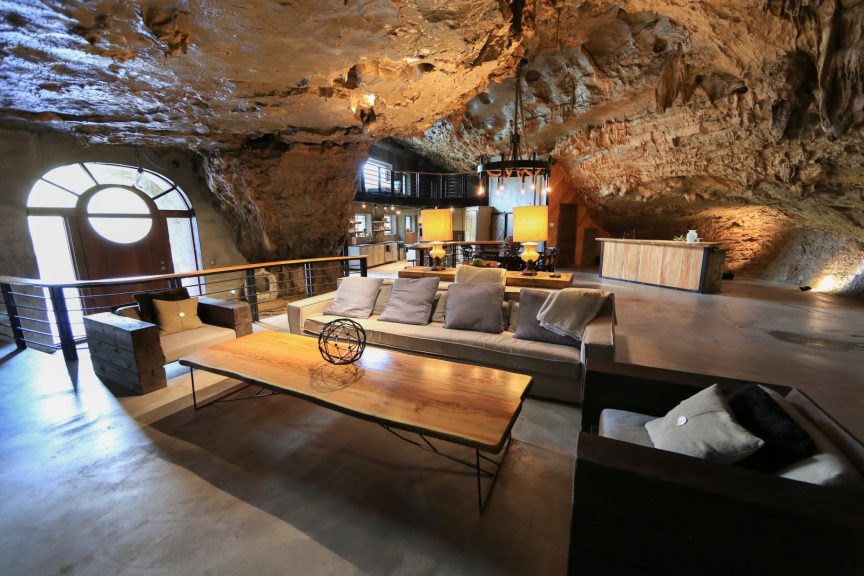 There are a number of hidden gems on the market that could be life-changing for the right buyer. Unconventional properties offer a creative twist to the luxury real estate market, as a strange story, combined with luxurious details, makes for some of the most astonishing and lavish homes available today. Not in the market for a strange luxury home? No sweat, these properties are still worth a look just for their intrigue and unique architectural features.

These wacky luxury homes could be just right for buyers who want something unique. 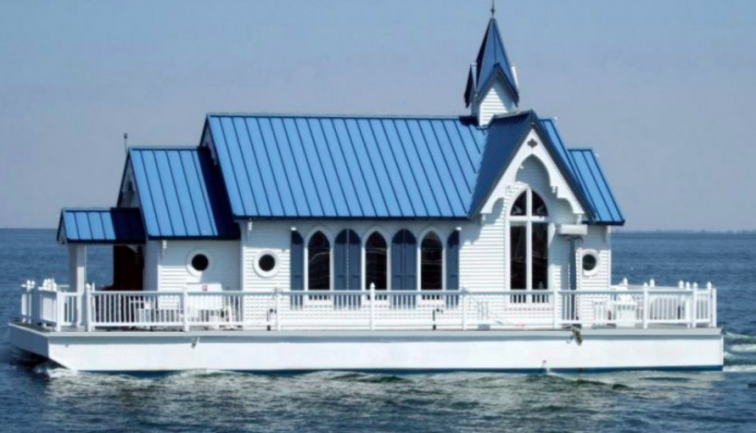 Though this houseboat serves as a unique luxury home now, it previously served as one of the two floating chapels in the world. Aside from its rich history, the beauty of this property is its mobility. You could take it out to sea or dock it at your location of choice. With over a million dollars put into renovations, the houseboat is updated and modern while retaining some of the original features that give it character, like stained glass windows and a 30-foot steeple. If you’re looking to make a splash with your next special event or wedding venue, renting out this houseboat could be just the thing. 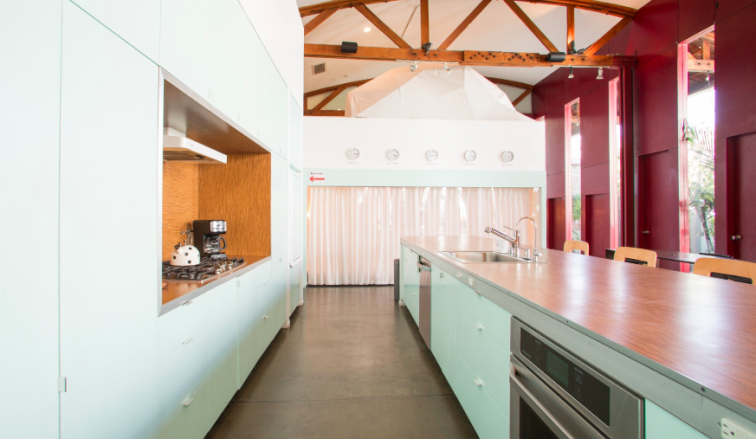 From Vaudeville to contemporary chic, this luxurious home has a lot of quirky features. Located in Los Angeles, highlights of the property include a red velvet-covered living area with cutouts for seating and exposed beams throughout the rooms. The renovated home was famously rented by Katy Perry, who used the space to live stream her life 24/7 for three days after releasing her Witness album. It is currently advertised on AirBnb as a great place to host special gatherings or large dinner parties but is spacious enough to house a variety of events. 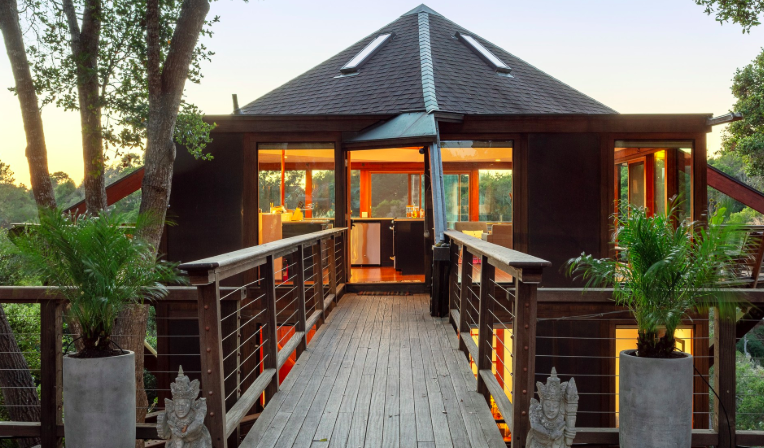 Tasteful yet delightfully offbeat, this treehouse home in California is an ideal getaway for those looking to reconnect with nature, catch up on work or just get some quiet time. Decorated with mid-century furniture and luxurious natural detailing, this treehouse home is more than a few notches above your average treehouse. The home is surrounded by 1.5 walkable acres of land and available for rent on AirBnB. This immersive and creatively designed property is perfect for nature lovers who prefer to experience its beauty from the comfort of a modern home.

Free Report: Download this month’s Luxury Market Report for an in-depth look at the top residential markets across the United States and Canada. 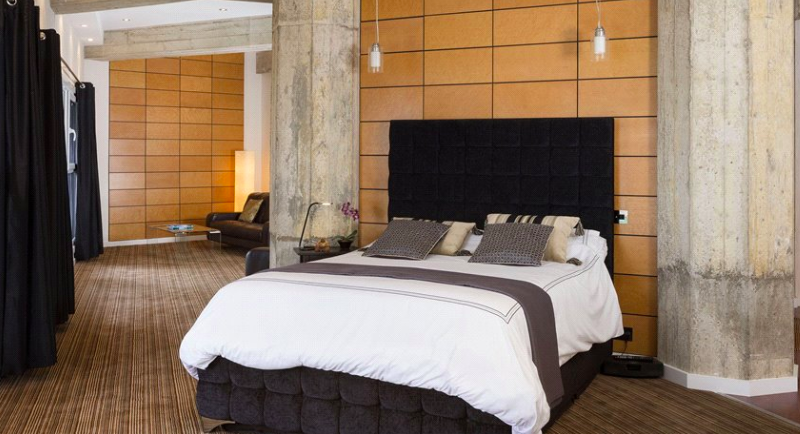 This property is a tall drink of water, literally. Located in the West Midlands of England in Warwickshire, it was converted in 2016 from an abandoned water tower. The interior of the home is delightfully decorated and holds six bedrooms, five bathrooms, a home gym and a roof terrace in addition to multiple common areas. If you’re in love with the house but worried about it being too remote, not to worry. This house is near Birmingham International Airport, a village hall, primary schools and just a stone’s throw from the amenities in Kenilworth and Balsall Common. If you’ve got a thing for refurbished water towers, you should seriously consider this one. 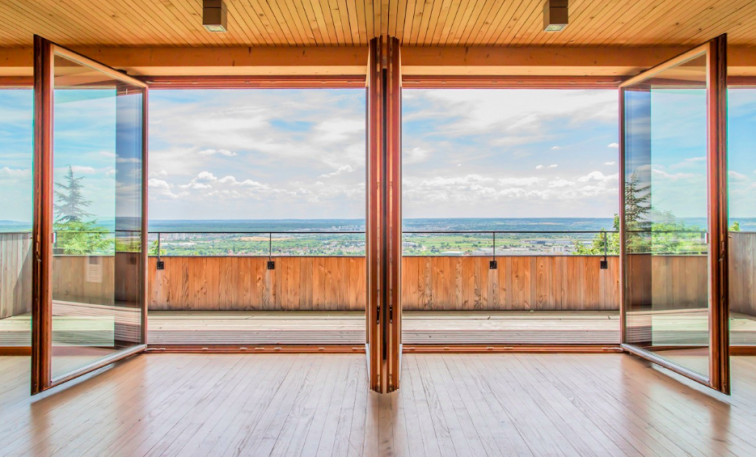 This property in France is luxury in the most minimalist form. A product from the mind of Austrian architect Hermann Kaufmann, this home has an emphasis on environmental consciousness as it features solar panels and a green roof. The house is going for €620,000 which is currently just under $700,000 USD in May 2019, but pays for itself in nearly panoramic views of Chanteloup-les-Vignes, France. Divided into two different levels, access between the upper and lower floors is through a uniquely designed wooden staircase.

Have an attraction to mystery and a little over a million dollars? Bodelwyddan Castle, a Welsh castle originally built in 1460, is on the market—and it’s also rumored to be haunted. The history of the Bodelwyddan Castle is rich as one might assume, serving as a hospital in World War I and later as an all-girls boarding school in the 1920s. Approximately 15,817 square feet total, the castle offers a lot of room for chilling encounters to occur, and there are plenty of them to choose from. Bodelwyddan Castle was featured on the television series Most Haunted and is said to house the ghosts of a soldier and a woman in a Victorian dress among others. If you’re looking to spice up your housing situation, this castle would surely be a good way to do so. 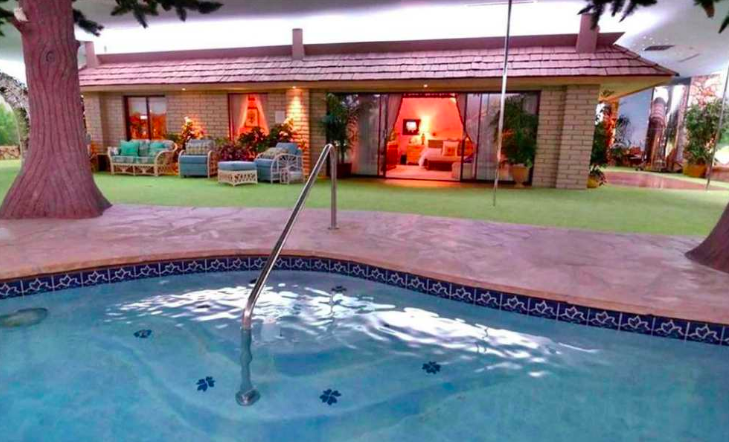 This property gives the word “unique” a new definition. Located underground in Las Vegas, the space is spread across 15,000 square feet, outfitted with artificial lights and eccentrically decorated to look as if it’s above ground. The bunker is selling for $18,000,000, which also includes the 2,311 square feet of house at street level, the lot above the underground bunker as well as a pool, sauna, and mini-golf course. Worried that you will miss the daylight? The lighting system installed throughout the bunker has different settings to simulate different times of the day. You have to see this property to believe it, and if you’re looking for a getaway below the ground, this is likely a great contender.

Though this property isn’t currently on the market, we had to include it because of how outrageously unique and truly strange it is. Located in Arkansas, the home was originally intended to be a bomb shelter by the first owners but repurposed with luxury in mind as an elite club which saw the likes of Hollywood stars like Michael Jackson, Elizabeth Taylor and Diana Ross. Though this property is definitely a niche sell, it is outfitted with geothermal units throughout, which makes the cave comfortable to live in. It is rumored to have sold for about $3 million to the current owners, which is a large price tag for a home built in a cave. However, purchasing this home makes you the modern day Batman by default, and can you really put a price on that?