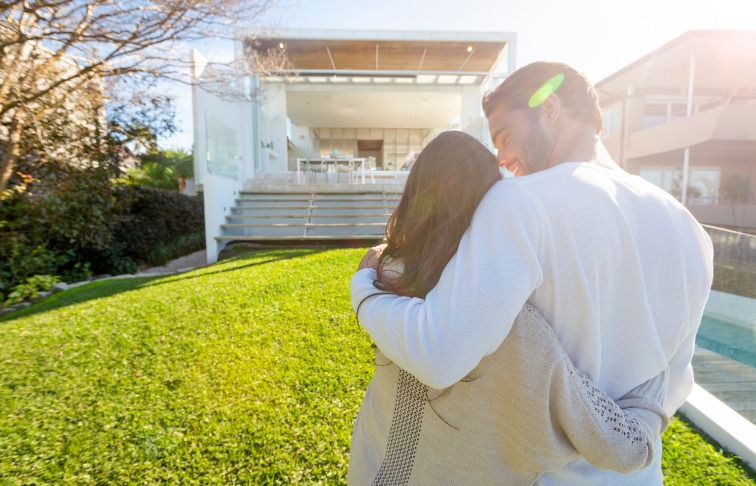 Regardless of how someone comes into being wealthy, the definition of wealth itself is usually a gray area. Many even measure wealth in intangible forms such as happiness rather than money, so narrowing in on exactly what it takes to be “wealthy” in the United States can be a difficult task. That being said, the difference between “old money” and “new money” is an interesting distinction, as the motivations and spending habits of the two differ. According to several studies, determining economic boundaries is contingent firstly on the geographic location in which a person lives. Another factor when determining wealth comes with an increase in the offshore wealth management industry, which makes measuring income far more tricky than it was before the 1980s.

According to a recent survey conducted by polling company YouGov, 87% of Americans who make upwards of $90,000 a year don’t consider themselves rich or poor. Though earning $90,000 a year is well above what the majority of Americans make in a year, their perception of their wealth does not match the reality. This leads to a larger, even philosophical question—is there a bracket of wealth in which people can be satisfied and not compare themselves to those making more?

All of that being said, a recent analysis of over 100,000 data points revealed that an individual worker in the “1%” in the United States makes around $300,000 a year. According to the tiers of wealth we’ve established as a country, this definition is arguably the closest to being considered “wealthy” in America, though you could frame income brackets in countless ways.

Now that we have established what is considered wealthy in the U.S., let’s take a look at how people go about getting there. The concept of “old money” and “new money” goes back centuries, with “old money” meaning the generational trend of inheriting money from family opposed to “new money” meaning coming into money independently.

The differences between the two is usually chalked up to how people spend their money, as being born rich and coming into riches later in life often produce different habits.

Here are the typical trends:

“Old money” spenders were born into wealth, so they usually haven’t experienced life without the money they currently have. Generally speaking, this leads them to spend cautiously to maintain family traditions and ensure their family line stays at the top. Frivolous purchases aren’t as common for this psychographic, as they usually choose to spend their money on private education, travel and specialty training programs.

Just as “old money” typically spends money in similar ways, “new money” spenders usually take a personal stake in their riches. Since they earned it, it’s theirs and they can spend it accordingly. Additionally, since people in the “new money” category are usually self-made, they’re more inclined to believe that if they continue working, they can earn back any wealth they’ve previously spent. For this psychographic, think a little more flashy and less conservative with spending.

The current state of the luxury real estate market

Based on an increase of supply and a decrease in demand, the luxury market has changed in recent years, and what luxury buyers want is changing too. While it has been on the rise since the recession in 2008, the state of the market fluctuates constantly. Domestically, Silicon Valley, Los Angeles and New York City are among the most expensive places to live, while Paris, Singapore and Hong Kong are international pocket-drainers in terms of housing.

Luxury real estate can take a hit in a struggling economy, as shelter is a necessity but extravagant packaging is not. One thing is certain—luxury markets don’t exist in a vacuum and do in fact affect the surrounding community. With this in mind, real estate professionals outside the scope of the luxury market should consider studying the “new money” trends. Selling houses in an area inhabited by “new money,” despite not being luxury, could still influence selling patterns. It can’t hurt to be aware of the kind of money in which you’re currently selling.

The effect on real estate professionals

There is a decent amount of psychology that goes into real estate, as successful agents have to anticipate the needs of their clients, and in some cases cater to egos in order to get the job done. Understanding the demographics of real estate is important, especially in the luxury market as clients often expect perfection. Therefore, targeting distinctions between “old money” and “new money” can be helpful when looking to sell a property. For example, if you know that a client is self-made, you can also infer that they could be interested in extra touches and indulgent features in a home.

Of course, every client is different, but there are trends within the different types of wealth. If not in the property itself, your delivery as a real estate professional can be edited to be geared toward “old” or “new” money mindset. For example, you can base what you wear to a meeting or the kind of housewarming gift you bring to a client to either a “new money” or “old money” mentality.

Now that you understand the differences between “new money” and “old money,” there are ways to adapt your delivery to clients depending where they are on the scale. This could take the form of hosting an open house as a cocktail hour rather than a luncheon, or staging a house with edgy decor opposed to more traditional.

Again, every client is unique, but recognizing the trends could result in winning more business. And in luxury real estate, the details count.

For more information as well as key facts and figures about the current state of the luxury market,  click here to check out our digital Luxury Market Report for North America.

Members of The Institute have access to download the full report which also includes monthly reports about luxury markets in over 55 cities in North America – by clicking here and using their membership login.

To understand how to this report can assist you in taking your luxury real estate business to the next level, as well as all our other unique luxury tools and strategies click here to apply for Institute Membership today.

Finally, if you would like to receive this report monthly, direct to your inbox, click to register here.